Rasulallah (the Body of Christ)

The 7th century Hymnodist Gabriel wrote the Ahsana ulHadith as a handbook for ministers of the Body of Christ. In his hymnody, Gabriel makes the Quran / Kadmon / Melkizedek let us know that the Body of Christ is Allah's Emanation before which all other ministries have passed away.

The Body of Christ is the Circuit/Galil.

The Body of Christ Angels/Haq/Rahiman and Jesus the Spirit (archangel Michael who said "The Lord Rebukes you!" to Satan) with alHaq/alAzaan come from Jacob's Ladder, Allah's Amir, Gabriel.

The Body of Christ lived in Salih.

The Body of Christ lived in Moses and Aaron.

The Body of Christ manifest ITSELF to walk before the Children of Israel in Sinai.

The Body of Christ is the vehicle allowed to represent the Wonderful Counsellor Gabriel (who stands before Allah and imparts understanding on behalf of the Lord) Everlasting Father Tsar of Shalom who spoke to Zakaria.

The Body of Christ  is the "Likeness of a Perfect Bashir" that Kadmon&Ebinkadmon's Spirit (Adoni the Scroll Highpriest Mahmad Ieso voice of a Multitude) from Every Amir (Gabriel) assumed.

The Body of Christ appeared to Marym and through whom Gabriel said: "I am only your Lord's Emanation for I bestow upon you a Pure-Son." Then Kadmon&Ebinkadmon breathed themselves into Mary's womb by Adoni the Scroll Highpriest Mahmad Ieso. 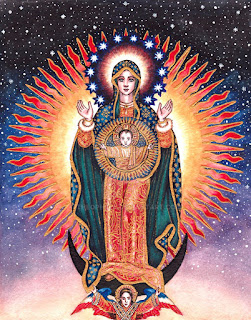 Thus the Body of Christ became the Body of the appearance of its Mobashir, Adoni the Scroll Highpriest Mahmad Ieso who is not the Father of any man. 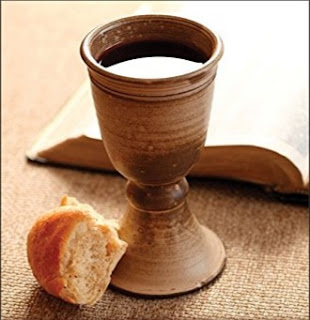 Hence the Body of Christ was not killed by crucifixion because Adoni the Scroll Highpriest Mahmad Ieso had already given it to his disciples before his arrest. 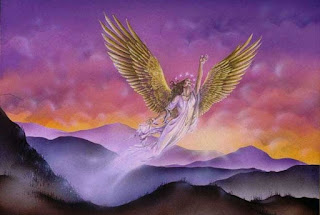 The Body of Christ speaks with the voice of a Trumpet on the Island of Patmos when John is in his Spirit on the Lord's Day before the Spirit/Michael of Adoni the Scroll Highpriest Mahmad Ieso appeared.

IBN ABU QABSAH
Please note that Sabians do not accept Ibn Abu Qabsah as our Muhammad nor as Allah's Rasul. He was interim governor of Hira before Nu'man and then after Khosrow II executed Nu'man for conspiracy, he appointed Ibn Abu Qabsah to govern Hira again in 602 as the only Arab outsider to ever rule in Hira. Ibn Abu Qabsah fought in ignorance loyally for Khosrow II eliminating the Lakhmids who took revenge for Nu'man. Ibn Abu Qabsah was wed to Khadijah by the Nestorian Priest Waraqah. In 609 Khosrow II King of Kings shut down Persia's Chalcedonian Patriarchate and issued his decree from on High to unite in faith convening the first Sassanian Christian Synod in 612. It was in Ghar Hira that Ibn Abu Qabsah met, and learned to read from, the Sabian Hymnodist Gabriel who wrote the Ahsana ulHadith which was eventually to become the basis for the Islamic Quran. In Islamic folklore Ibn Abu Qabsah became unpopular among Chalcedonians of Hira because of Gabriel's teachings despite tying to appease them. He was suddenly ousted in 617 to Abyssinia by the Chalcedonian Azadbeh against whom he thus began to plot his revenge. Pretending to be the last Lakhmid survivor, he began secret infiltration along the Roman and Persian boarders. However George Arsas brought forward the eruption of the Saracens in rebellion because of the treachery of John the Almsgiver in 618/619. Thus a new Medina was established by the Monophysite Ansar from Yemen. In 622 the Jews fleeing from Edessa claimed asylum in the new Medina but failed to win any allies to their cause. In Islamic legend Ibn Abu Qabsah is said to have finally got his revenge against Azadbeh on the Day of Dhū-Qār by conquering Mecca just north of Hira a few months after Badr in 624. As long as the Me-Ghassanid Caliph and Me-Lakhmed Imam (Emir of Hira) were warring against others they were united even following the southern retreat from Heraclius to Mecca in 628. Ibn Abu Qabsah's aorta was cut for charlatanism in 632. When Khaled took Amgheshiya in 633, Azadbeh's army stood outside Hira before losing everything later that year. But as soon as the Caliph and Imam were safe they began to fight each other, until Muawiya of Quraysh forced the imamate underground and ended the civil wars for 20 years which resumed when the imamate tried to raise its head again upon Muawiya's death. After killing Hussein many Quraysh repented and punished themselves. They became the Shia.