Lipek Wieliczko was a mid 19thC. Hereditary Chevalier of Vilnius descended from Ashkenazi members of Podolia's Karakasz Sabbatean movement who, under the articles of the 3rd Lithuanian Statute (1588-1840), were adopted into the Nobility of Belarusia's Wieliczko Kniazes following the absorption of the Podolia Eyalet into the Polish Lithuanian Commonwealth in 1699. His direct male line descendants belong to Y-DNA Haplogroup E-B405. At the time of writing this, Lipek's known descendants currently live in Poland, Luxembourg, Britain, Argentina, Ireland, Bulgaria and Israel. 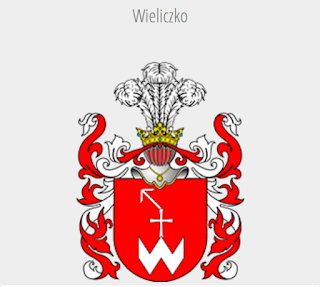 Lipek Wieliczko's family was included in Catherine the Great's Charter to the Nobility of 1785 and had become Nobles of the Russian Empire. Nevertheless, Lipek was a Socialist of the League of the Just then the Communist League followed by First International. His son Henryk joined Hauke Bosak to serve as a Captain and Henryk's son served as a Lieutenant Colonel under Pilsudski being appointed as Chief Intendant of the Lviv Garrison from 1924-1936 struggling to maintain international socialism against the imperialist ambitions of Socialism in one country. His son in turn after escaping a Soviet gulag became a Staff-Sergeant in the Polish Air force abroad until the end of WW2 settling in the once International Socialist city of Brighton. His eldest son Roman was involved with Solidarność and married an Irish Baptist. Roman's eldest son married a direct descendant of Sayid Muzaffar Khan and they in turn are involved with Socialist International in Ireland, Bulgaria and Israel.